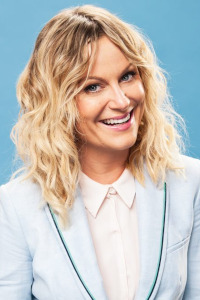 Your career and your passion don’t always match up. Plenty of talented people don’t have the careers they want. Plenty of untalented people make millions and make movies. There is a difference between determination and talent.

Tina Fey is my comedy wife. I have known her for almost a double decade. We met each other when we were poor and single. Now we are both rich as shit and have husbands all over the world. People think of us as a ‘comedy team’ and I am not quick to correct them. Why wouldn’t I want to connect myself to the fiercest and most talented voice in the comedy world?

I had already made a decision early on that I would be a plain girl with tons of personality, and accepting it made everything a lot easier. If you are lucky, there is a moment in your life when you have some say as to what your currency is going to be. I decided early on it was not going to be my looks. I have spent a lifetime coming to terms with this idea and I would say I am about 15 to 20 percent there….Decide what your currency is early. Let go of what you will never have. People who do this are happier and sexier.

I recently hurt myself on a treadmill and it wasn’t even on. I was adjusting my speed and stepped wrong and twisted my ankle. I felt a moment of frustration filled with immediate relief. I didn’t have to actually work out, but I still got credit for trying. It was a gym snow day.