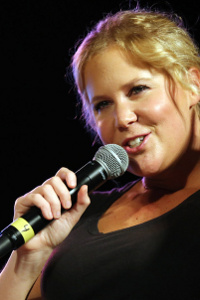 [On Her Best Friend's Pregnancy] I'll never forget how she told us. She took us all out to brunch, and she was like, 'You guys, I'm keeping this one.'

There’s nothing more awkward than going to the first birthday party of a little girl when you told her mom to get rid of her. Because the kid can tell. “Here’s Tickle Me Elmo!” She’s like, “Fuck you!” I stand by my decision.

I was actually on two reality shows, which is crazy. Just to think that, out there, there was some guy, like flipping through the channels, being like, 'Hey, I 69'd her on a cruise ship.'

We had to break up, though. We wanted different things - like he wanted kids and I wanted him to hear.

I've always been really dark, and drawn to darker humor. Nothing has been forced, and I don't say anything for shock value.