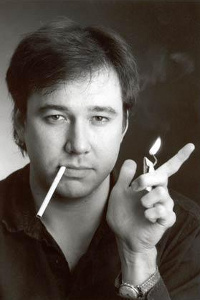 "This is your brain." I've seen a lot of weird shit on drugs. I have never ever ever ever EVER looked at a fucking egg and thought it was a brain.

Think of me as Chomsky with dick jokes.

Supreme Court says pornography is any act that has no artistic merit and causes sexual thoughts… Hmm… sounds like almost every commercial on TV to me. You know when I see those two twins on that Doublemint commercial… I ain’t thinking about gum.

I have never seen two people on pot get in a fight because it is fucking IMPOSSIBLE. "Hey, buddy!" "Hey, what?" "Ummmmmmm...." End of argument.