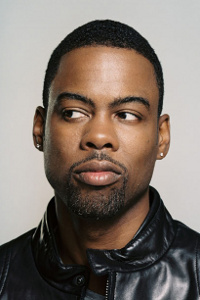 When I heard they were trying and get rid of the word "nigga", I told my accountant to buy 800 shares of "coon".

You don’t need no gun control. We need some bullet control. I think all bullets should cost $5,000. If a bullet cost $5,000, there’ll be no more innocent bystanders. Every time somebody gets shot it’ll be like, “Man, he must have done something. Shit, they put $50,000 worth of bullets in his ass.”

They're working their way down. Next year, Todd Bridges gets the award. When I was a kid I wanted to be Eddie Murphy and now I'm a rip-off of Eddie Murphy."

And even if you get shot by a stray bullet, you don't gotta go to no doctor to get it taken out, whoever shot you will take they bullet back! "I believe you have my property!"