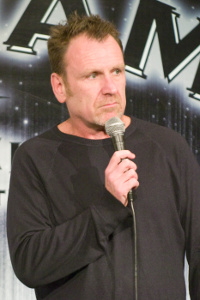 I’m sick and tired of people bashing this great land of ours. People call us lazy. We’re not lazy folks. We’ve only been in this country for 300 years. We’ve built nuclear weapons plants, malls, factories. We’re not lazy, we’re done.

Everybody says before reviews come out, 'Oh, reviews don't matter,' just in case they're bad; everyone want to brace themselves.

For the most part, comedians are pretty friendly with each other. They always say they badmouth each other, but most of the time, they're friends. We're the only ones that can really stand our type of humor.

I think I identify more with the smart guy, but most people might take umbrage at that. I like to think of myself as a real thinker, but I suppose people might beg to differ.