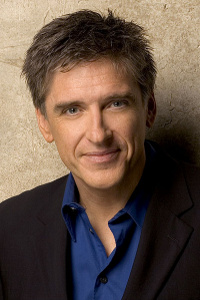 It may be that the fear contains information. Something can be interesting if you get to the other side of that fear.

I’ve never understood why they call junk mail “spam,” because spam is delicious and junk mail is annoying. But you can still find both under my couch.

Like many of her sex, Sophie was fiercely competitive with other women, working on the crackpot theory that if she could be better in some way, men would like her more, respect her. Make her happy. She never cottoned on that the men she was attracted to, the men who found her attractive, didn’t like women.

Being an American is something I wanted to be for a very long time, probably since I saw the moon landing when I was a child.

Pies were invented 12,000 years ago by the Egyptians. It was an easy way to preserve food that would be carried over long distances. They were like ancient Slim Jims.