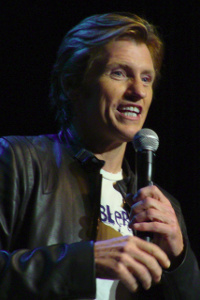 It became sort of a snowball effect, with guys trying to deal in their own way with 9/11, whether it was drinking or whatever,

Peter Falk and Denis Leary today walked into a Starbucks and shot 27 people, without any announcement whatsoever.

...and there aint a goddamn thing anybody can do about it, you know why? Because we've got the bombs! That's why, yeah! Two words: NUCLEAR FUCKIN' WEAPONS! OK?!

You're 16 years old, you don't know shit about shit, and PULL UP YOU'RE PANTS!!!

[about cigarettes] The filter's the best part. That's where they put the heroin.