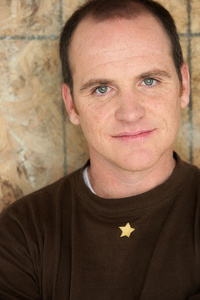 I think the Republicans took all the fun out of 'gay.' I mean the word gay - it's fun. But now it's a ban on same sex partners. That sounds horrible. I mean, when do you hear a ban? When it's a toxic pesticide or a nuclear warhead. And who wants to fuck a partner? It sounds like a guy in a gray suit at a law firm.

I've got a three year-old and he wants to rollerblade and he said, "Daddy, I want to put on my helmet," and I said, "Suck it up, kid. We don't wear helmets in this family; we're men. No, not on the sidewalk - get in the street."

The United States of America will fare well so long as it has enough water to let it go to waste, both literally and figuratively. And he imagines how someone from an impoverished third-world nation must react to our collective nonchalant wasting of water, or of throwing money into fountains.

If you want to stop two people from having sex, let them get married.