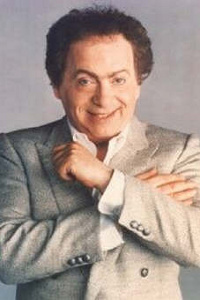 Jews are the best dressers in the world. They buy the best clothes, the best homes, the best cars. The best of everything. The only thing is, they get it for less.

Did you hear about the accountant who became am embezzler? He ran away with the accounts payable!

I am excited about getting back to what I do best and what my audience likes best, I am writing new jokes every day and soon Ill be telling them every night. Just me, one Jew talking and that's it.

Here's another one about an unlucky purse snatcher. In the middle of last year, I heard a story about a purse snatcher (in England, I believe) who snatched a woman's purse. Much to his surprise and dismay, he found an arm attached to it after he'd grabbed it. It seems that the woman had a prosthetic arm, and he picked the right (or wrong) arm. Apparently, the guy babbled for quite a while, and the woman called the police, and they picked him up, still babbling.