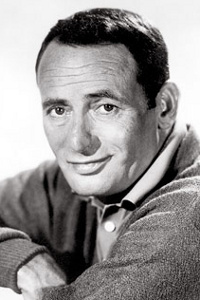 I once called my mother during a hurricane. She got on the phone and said, "I can't talk to you, Joey, the lines are down."

The kick of comedy is to think quickly. It's a great kick.

A woman driver went through a red light. The cop stopped her and said, "Lady, didn't you see that red light?" The woman said, "You've seen one, you've seen them all."

The president of a TV network generously agreed to take his company's aptitude test, a test required of all the personnel. He did badly. As a result he was in a sullen mood for the rest of the day. When he got home that night, his wife asked why he looked so grouchy. "I took the company's aptitude test this morning." "What did it show?" asked the wife. "It showed," boomed the executive, "that such tests are idiotic. That's what it showed."

Last week I gave Dean Martin a cigarette lighter. He finished it in one gulp.