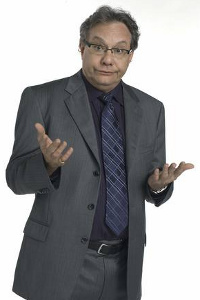 I like having a cold. I get to take my favorite drug, which is NyQuil… NyQuil is 180 proof. It’s the moonshine of medicine… When I got a cold I want something that’s going to screw me up. Because that way the blur seems interesting. NyQuil comes in two colors: red and green. And it’s the only thing on the planet that tastes like red and green.

A republican stands up in congress and says 'I GOT A REALLY BAD IDEA!!' and the democrat stands up after him and says 'AND I CAN MAKE IT SHITTIER!!'