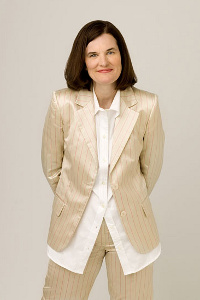 I would imagine the wages of sin are death. But by the time they take taxes out it’s just kind of a tired feeling.

I was born in Alabama but I had only lived there a month before I had done everything that there is to do. Even as an infant I was bored and crawled to the state line.

I have no money. I don’t even have a savings account cause I don’t know my mother’s maiden name and apparently that’s the key to whole thing.

There are those wonderful moments of clarity in life when one is reminded how irreparably flawed we humans are. Once, when I was nineteen, on the subway in Boston I lost my balance slightly and bumped into an elderly woman. I quickly apologized and she replied, "Well, hold on to something, stupid." There it is. That's it. That's it in a nutshell. I don't want to sound negative, but I think every fetus should be shown a film of that incident, maybe projected up on the uterine wall, and then asked if it wants to come out. I am a strong believer in a woman's right to choose, but I also think that in the last trimester, the kid should be given every opportunity to back out.

I have jokes I've told before and will tell again, but my favorite part of the night is talking to the crowd.