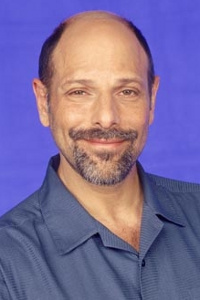 If you get a ticket, you can go to traffic school, and they make you watch movies for like eight hours: head-on collisions, mannequins flying out the windshield. At the end of the movie, the instructor goes, 'Now what have we learned by this?' Never let a mannequin drive your car.

I was making love one night with my wife and she said: "You're in me." I know where I am, shut the fuck up.

So because of my act my daughter thinks she can talk to me about anything. She's been dating the same guy since high school and they go to the same college, and she calls me up one night and says "Dad, I wanted to talk to you about Steve." And all I can think is if she tells me she took it up the ass I'm gonna drop dead on the phone. I mean what do you say to that "Daddy, I don't like it in the butt." Yeah, you and your mom both. So she says "Dad, you know Steve and I have been together for a while, and he was wondering what it would be like to go all the way." So I said "Maybe I'll fuck him then he won't have to wonder anymore." See Steve that's what it's like to go all the way... would you stop crying?

It's my mission to try and give people fighting the disease the same gifts of laughter and a positive attitude I had. Hopefully, my career as a comic will give me the forum to touch these people.