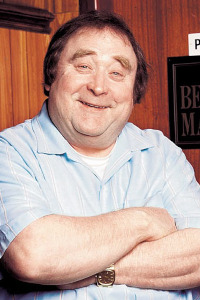 I don’t believe Scots are as tight as people say, but I did hear that when two taxis collided in Glasgow recently 48 people were injured.

I'm glad I'm not bisexual. I couldn't stand being rejected by men as well as women.

I once bought my kids a set of batteries for Christmas with a note on it saying, toys not included.

I went to see that Pavarotti last week and he was a right miserable git. He doesn’t like it when you join in.

Tony Adams, on his first day in prison, was complaining because he wanted the walls back 12 yards.