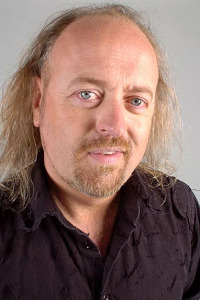 I spent my childhood scrambling round badgers and foxes and playing fantastic country kid games like knocking on people's doors and running away. God that was a good game.

I'm English, and as such, I crave disappointment.

hy do people want to swim with dolphins? The equivalent would be an Indonesian fellow coming over here, going up to a farmer and saying 'Can I get in with the cows? I just fancy scuffling about with them.'

On the Taliban: That ethos was never going to work, was it? It was just cobbled together from different beliefs. The anti-intellectualism of the Khmer Rouge, the religious persecution of the Nazis, the enforced beard-wearing from the world of folk music, and the subjugation and humiliation of women from the world of golf.