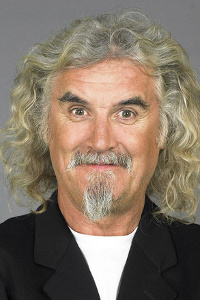 Never trust a man who, when left alone in a room with a tea cozy, doesn't try it on.

On George W Bush: That man sits at that desk in the White House with the button that can end the world. My father's younger than him and we don't give him the controls for the television.

Without arts programmes there's only reality TV, and reality TV needs the arts to show it what reality is.

I was brought up a Catholic, for that you get an "A" level in guilt.

I'd never consciously left home to see a zombie movie. They were fine by me, but I had no intention of ever being in one. But I've been learning more about it as I've been doing interviews. I didn't even know there were specialist zombie magazines and clubs. I heard the other day that a radio station had asked people if they`d made preparations for an attack by zombies, and a staggering number of people replied yes!