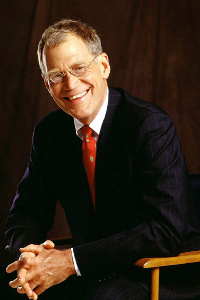 I have a dog, a lovely animal… I’m feeding him dog food that’s numbered. I’m not sure what it is, but they got it for everything. One for puppy, two for the middle dog, three for the gay dog, four for the whatever. On up. I’m looking at the can and it says on there “for the dog that suffers constipated.” The way I look at it, if you’re dog is constipated, why mess with a good thing.

Republicans are having trouble luring Gov. Chris Christie into the presidential race. They should try pie.

Last night the United States dropped four 2,000 pound bombs on Saddam Hussein. I don't know anything about explosives, but, my God, do those things even need to explode?

President Bush has said that he does not need approval from the UN to wage war, and I'm thinking, well, hell, he didn't need the approval of the American voters to become president, either.

I had no idea this thing was televised. Boy, is my face red.