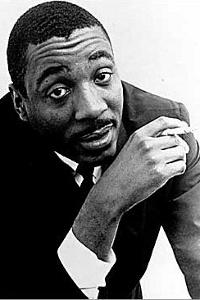 You're looking at something that is going to revolutionize the whole world.

No kid in the world, no woman in the world should ever raise a hand against a no-good daddy. That's already been taken care of: A Man Who Destroys His Own Home Shall Inherit the Wind.

We do not believe, had he been white, that he would be dead. And when we black folks say to America that we're not going to tolerate it, it's going to stop.

I used to get letters saying, 'I didn't know black children and white children were the same.'