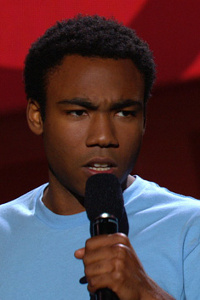 I change the situation like I’m auditioning for Jersey Shore.

I’d much rather have AIDS than a baby… They’re not that different, you guys… They’re both expensive. You have them for the rest of your life. They’re constant reminders of the mistakes you’ve made. And once you have them, you pretty much can only date other people who have them. What’s the difference?

My uncle put his finger in my no-no!

But I just think I was lucky enough to figure out early on that I wanted to do comedy, so that's what I put all my effort into.