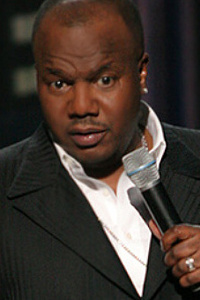 I was going to get me a white woman, but O.J. messed it up for everybody. He set interracial dating back a thousand years.

I got a boy that was married, been married for six years - videotaped his wedding day, never watched it. Six years later, now he watches it every day, but he watches it in reverse. I asked him. He said, 'I love seeing myself take that ring back off her fuckin' finger.'

Some of you are just lying! There's no way you would let your woman freely see your phone.

I got kids - got three kids: two of them mine, one of them don't look like me. I was gonna get a blood test, but that costs $2500. I said I'll wait 'til he falls down and cuts himself.

Black people late by nature. There's some slaves still on their way over here.