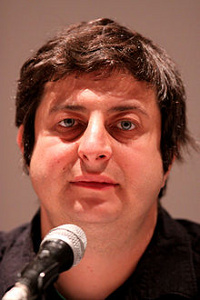 I don’t have a kid. I think that I would be a good father… especially if my baby liked to go out drinking.

Prom night can be a special night, if you let it be. I know you think it's for losers and something that popular kids do because they are boring people with porcelain hearts who don't know what it means to be lonely. But you're wrong. Prom is a chance for everyone to try oral sex. Go for it.

Don't get me wrong - I'll put $25 on the ground and then if you pick it up and we have sex in an alley, that's not a crime. That's a coincidence.

Before going home with a guy, give him a blow job. Guys are always more relaxed after a blow job.

When years from now people look back on today, they will think the same thing they already do but with more reasons for it.