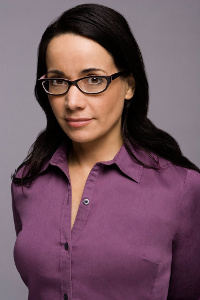 You have to have a lot more dedication to what I'll call 'the machine,' ... I have 20 percent dedication. What's needed is 110 percent. You can't have it with the level of apathy I have.

You know, I've had Botox. The woman who does it is very good, obviously. Very conservative.

Also, as I've gotten older and more mature, I've become much more comfortable in my own skin. After 25 years of doing stand-up, that's reflected onstage.

I can't wait for the next fad though, and I predict it's going to be Pennsylvania dutch culture, very Amish. It's going to be bonnets and butter churns.

The notebook. Yes, as you know Garofalo’s a little forgetful. Has to bring her notebook. Between the Nutrasweet and the Fen-phen, I don’t know whether to shit or wind my watch at this point.