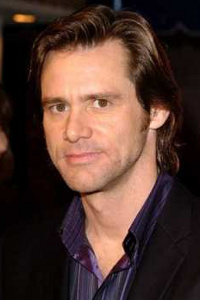 If we (Lauren and Jim) ever get married, we're just going to put helmets on, run into each other from a hundred yards, and smash together like rams

Like most Catholic boys, I wanted to be Jesus Christ. I could never get the turn-the-other-cheek thing down, though.

I just want to be killer funny. You know kick ass piss in your pants run out of the theatre and rip you dick off and throw yourself into traffic funny!

Eternal Sunshine of the Spotless Mind.

I enjoy fame except when I'm with my daughter. Kids stop me all the time and I don't want her to be jealous of the attention. Also, sometimes I just want to be left alone and I refuse to make rubber faces. That's when they start asking, "What's the matter, man, don't you like your job?" I say, "Yeah, I like my job. But I also like having sex, and I'm not going to do that in front of you either."