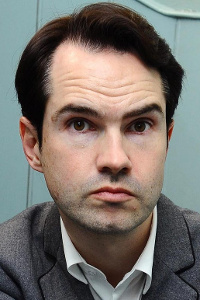 I was out with a friend and he came over with a pair of girls. I said to him "They're like buses." He said "What? Because you wait for ages and then two come along at once." I said "No, they are like buses!"

Swimming is good for you, especially if you're drowning. Not only do you get a cardiovascular workout but also you don't die.

The 2012 Olympics is going to cost £8 billion which is a lot of money. It'll probably bankrupt London. But you can't put a price on two bronze medals in cycling.

Once I was doing a sponsored walk. In the end I managed to raise so much money, I could afford a taxi.

To which she replied, “Actually, I do.”