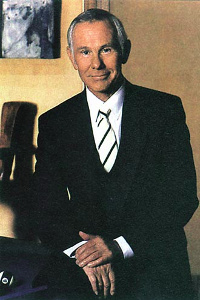 I hated my last boss. He asked, “Why are you two hours late?” I said, “I fell downstairs.” He said, “That doesn’t take two hours.”

I am taking the applause sign home, putting it in the bedroom.

I would like to say, for the record, that I am in favor of using more American Indians and other minorities in motion pictures, I am against polluting the oceans of the world, I am for every nationality having its own homeland, I am against whacking baby seals on the head, and I am for saving the whales.

We have two kinds of air: regular and chunky style.

Ed and I were out last night and I asked him why he drank so much. He said he drank to forget. I asked him, "To forget what?" And he said he couldn't remember.