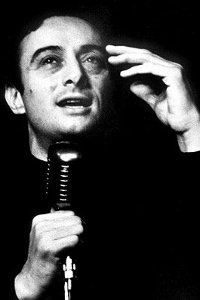 A lot of people say to me, “Why did you kill Christ?” I dunno… it was one of those parties that got out of hand.

I want to perform an unnatural act.

If I get busted in New York, the freest city in the world, that will be the end of my career.

I sort of felt sorry for the damned flies. They never hurt anybody. Even though they were supposed to carry diseases I never heard of anybody saying they caught something form a fly. My cousin gave two guys the clap and nobody ever whacked her with a paper.