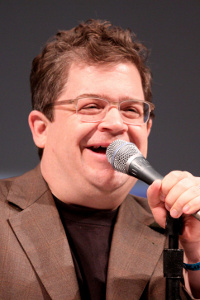 Is it bad when you refer to all alcohol as pain-go-bye-bye juice?

People think it’s OK to walk up to me holding a baby. Like that’s cool… A baby, if you really break it down logically, it is a tiny human being and it’s shirtless, which is really creepy. It’s a shirtless, bald human being with a bag of its own crap around its waist. How horrifying is that?

George Bush is not stupid. He's evil. OK? There's a huge difference between stupid and evil.

I mean, the death in the late eighties and early nineties really shook out a lot of hacks. The pond just sort of dried up for a lot of really bad comedians.

But the one recurring motif in these [80s] videos that I wish would come back were the bands that could rock so hard, they could change the physical properties of things. They would blow holes through walls or they’d walk up to your crappy Geo and go - SCRIBBLY FLABBIDY DOO - and all of sudden it’s a sleek Lamborgini.