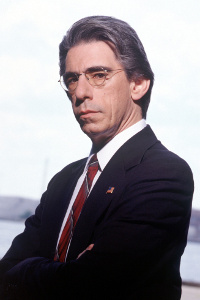 I've known Chevy Chase for so long, I actually knew him when he was funny!

It's this patronizing thing that people have about if you're against the war everyone's lumped together. You know, the soldiers are not scholars, they're not war experts.

If you tell a lie that's big enough, and you tell it often enough, people will believe you're telling the truth, even if what you're saying is total crap.

No one is questioning the nobility and honor of these men and women that are serving and what they're doing. No one questions that. Now they're targets and they're not going out, they're just protecting each other and they're in the middle of a civil war. So it's really not fair to have these people, who volunteered their lives to protect our nation under false pretenses, to now be targets.

Munch is the guy who says what a lot of people wouldn't dare say.