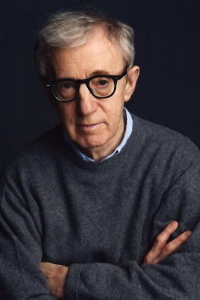 My father worked for the same firm for twelve years. They fired him. They replaced him with a tiny gadget - this big - that does everything my father does, only it does it much better. The depressing thing is, my mother ran out and bought one.

I was gonna kill myself, but I was in a strict Freudian analysis. And if you kill yourself, they make you pay for the sessions you miss.

I'm not a drinker — my body will not tolerate spirits. I had two Martinis on New Year's Eve and I tried to hijack an elevator and fly it to Cuba.

Sex and death are two things that come but once in my lifetime, but at least after death you're not nauseous.